The Most Famous Number

People immediately recognize 666 as "the number of the beast." But what is the beast, and why does it have a number? The verse describing the number reveals that it is the number of a man, so who is this man?

Revelation 13:18 - "This calls for wisdom: let the one who has understanding calculate the number of the beast, for it is the number of a man, and his number is 666."

2 Thessalonians 2:3-4 - "Let no one deceive you in any way. For that day will not come, unless the rebellion comes first, and the man of lawlessness is revealed, the son of destruction, who opposes and exalts himself against every so-called god or object of worship, so that he takes his seat in the temple of God, proclaiming himself to be God."

The Bible provides multiple details about the Antichrist that open the door for us to identify him in advance, so in that spirit, let's walk through some criteria and see if we can make a compelling case that someone currently alive fits the bill.

Biblical Descriptions of the Beast

Revelation and Daniel portray the Antichrist as a beast, but with quite different imagery:

Revelation 13:2 - "And the beast that I saw was like a leopard; its feet were like a bear's, and its mouth was like a lion's mouth. And to it the dragon gave his power and his throne and great authority."

Daniel 7:8 - "...there came up before them another horn, a little one, before which three of the first horns were plucked up by the roots. And behold, in this horn were eyes like the eyes of a man, and a mouth speaking great things."

Observe how Prince Charles of Wales' official Coat of Arms contains all this imagery to the detail: 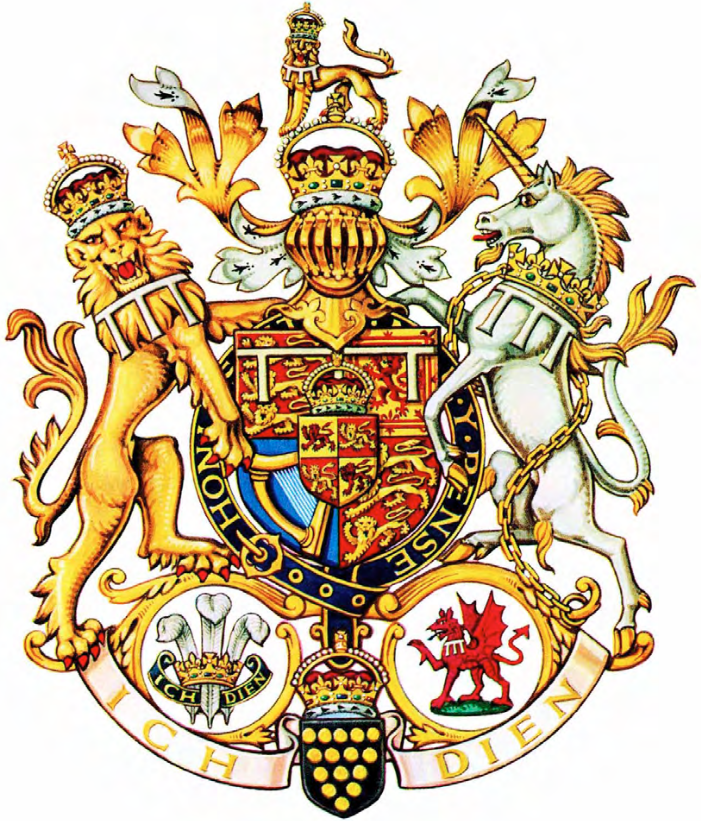 On the left we see a beast that looks like a leopard, has feet like a bear's, and has a mouth like a lion's mouth. Looking at the beast on the right we see a little horn, before which are three horns plucked by up the roots. And it has eyes like the eyes of a man, i.e., there are whites in its eyes unlike the eyes of a horse which are all dark. And its mouth is open and its tongue is out, so it appears to be speaking great things.

This Coat of Arms also features the "great red dragon" (Rev. 12:3) which symbolizes Satan and gives the beast his power and his throne and great authority.

Calculating the Number of the Beast

People like to come up with their own personal method by which to derive the number 666 from whomever they claim to be the Antichrist. However, when Rev. 13:18 was written, a person reading it would likely understand it to be referring to the practice of summing all the letters (representing numbers) in someone's name.

Above you can see a transliteration of "Charles Prince of Wales" into Hebrew. And by all means copy the Hebrew (below) and paste it into an online translator to confirm for yourself that this transliteration is valid:
צרלס נסיכ מוליס 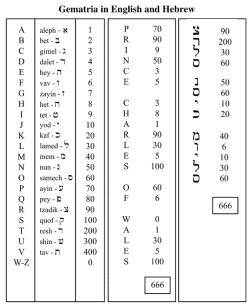 Not only does "Charles Prince of Wales," (the Prince's official title by which he is known around the world) compute to 666 using the original Hebrew system, it does so in English as well. And Prince Charles doesn't have a last name due to his status as a high-ranking royal, so it makes sense to use his official title for the calculation.

The Abomination That Makes Desolate

Jesus warned that the great tribulation will elapse after people see "the abomination of desolation spoken of by the prophet Daniel, standing in the holy place" (Matt 24:15). This abomination is referred to in Revelation as the "image of the beast." Life is breathed into the image by the false prophet, and the image causes everyone that will not worship it to be slain (Rev 13:15).

In March 2002, while trekking through Brazilian rain forests, Prince Charles was presented with a miniature version of a statue that could be a mock-up of what will be the abomination that makes desolate. It depicts him as an angelic figure with huge wings, standing on a mass of human bodies that are looking up to him as their savior. The inscription on the statue's base reads "Saviour of the World" (British spelling of savior). But instead of denouncing the statue as blasphemous when he saw it (Jesus is the only Savior of the world), Prince Charles said he was "amazed" and "deeply touched" and gave permission for the Brazilian Officials to create the larger version.